When I worked in the city I really enjoyed the train. Most people say they like driving home from work because it relaxes them. Being on a train is the best way to relax where you can tune out even take a nap not to mention all the other things you could be doing like sketching ZIP  Trains. Not something you can do in a car, well till we get our Google Cars!

Here’s the ZIP Train. This train is meant to fit on the current highway systems. If you live in the Western Suburbs of Chicago you know the train system is designed to get people into the city not around it.

With Flexible car sizes that can be linked together by extra mini electric engines to push more cars. 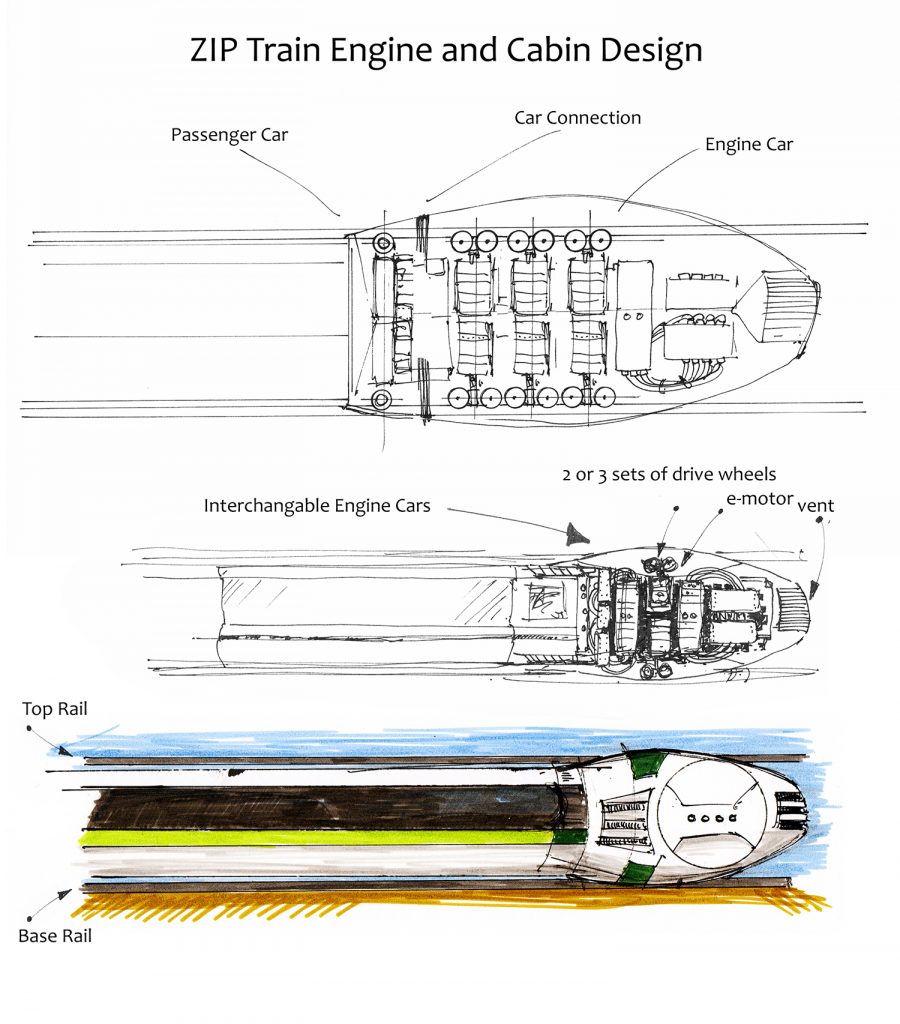 (Above:)  Notice how the rails are vertically spaced.   With wheel that hug the track just like a roller coaster.  Passenger Cars would also have a wheeled system built in.  With limited mobile power but they could still move on their own in case of an emergency.

The concept behind ZIP Train is you don’t need extra land and it can be built right in the existing median. No more land to buy and it only should take up one car width. ZIP Train is a cross between a roller coaster and a train.

(Below: )The seating is single file with seats that can swivel out to great the passengers.  This is to take advantage of the small footprint of the train.

As you can see you can have a bi-directional train on the same track.  It would also have a solar panel cover.  Something maybe Solar Roadways could design? 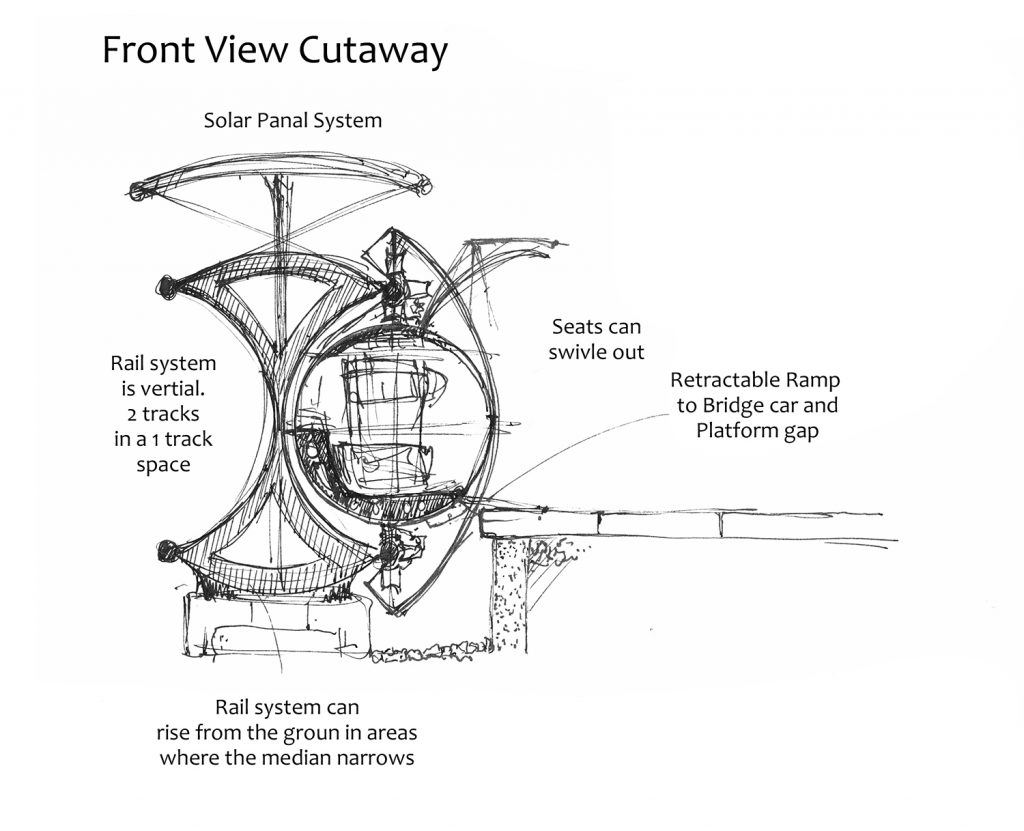 Inside the cabin it would function much the same way all METRA trains works.  But maybe with more added features like outlets both power and USB and hideaway tables. 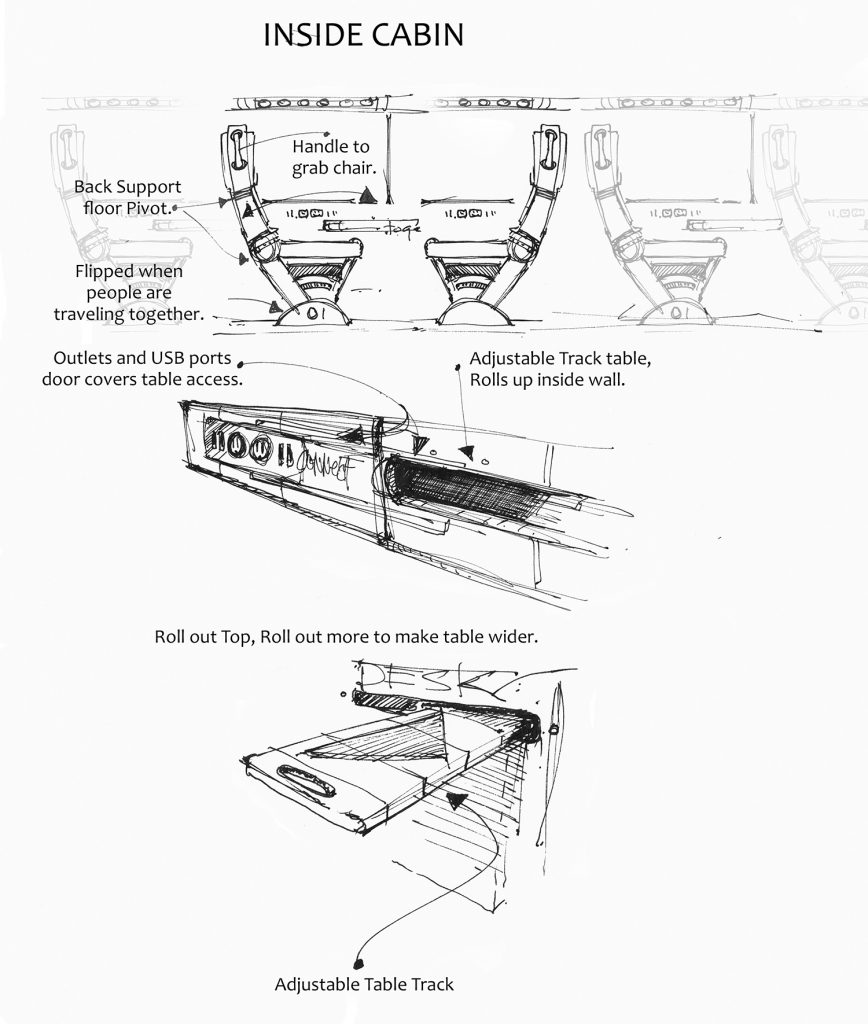 I love the idea of the Hyperloop and it will be perfect for long distance travel.   The ZIPTrain concept is designed to take better advantage of less available property and existing roadways. Hi I’m Sean,  This is where I share my ideas and thoughts. Please feel free to reply and share your ideas too.  You can see my work from making doodles to short films.